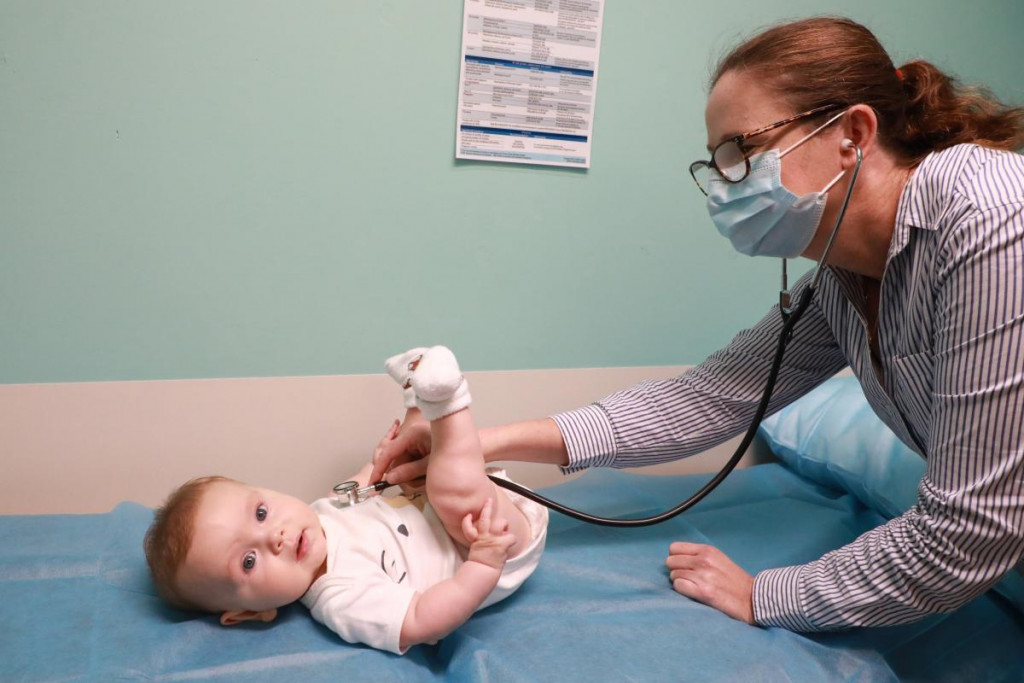 The SPR1NT trial, published in the prestigious journal Nature Medicine (two copies of SMN2 and three copies of SMN2), successfully trialled the use of Zolgensma®, a life-changing gene therapy now listed on the Pharmaceutical Benefits Scheme (PBS), in 29 babies at risk of developing SMA before symptoms appeared.

The infants were treated in two cohorts from April 2018 until December 2021. At 18 months of age, all infants were alive and the majority had reached their developmental milestones, such as sitting up independently, standing and walking.

SCHN was selected as the only Australian site to participate in the global trial. Associate Professor Michelle Farrar, Paediatric Neurologist at Sydney Children’s Hospital, Randwick, led the Australian trial and says the results are extraordinary.

“For some of the babies treated pre-symptomatically, we haven’t even seen features of SMA so far which is fantastic,” A/Professor Farrar said.

The gene therapy technique involves a single injection to deliver the missing gene that causes SMA. The best outcomes are achieved before symptoms emerge and motor neuron degeneration occurs.

The SPR1NT trial was delivered by the Clinical Research Centre at Sydney Children’s Hospital, Randwick, and was supported by the NSW/ACT Newborn Screening Service, Luminesce Alliance and UNSW Sydney.